Just like most things eCommerce, Shopify experienced unprecedented growth in 2020: the number of new stores created grew 71% in Q2 compared to Q1, and a record number of merchants were also added to the platform in Q3 (Shopify’s own account).

Here are the countries and regions that saw the biggest growth in users for the two popular apps: Shopify page builder Gempages and Shopify theme EcomSolid. It gives us a good idea of how things are for Shopify in each Asian country.

Overall, as reported, the growth of Shopify in Asia has been truly impressive.

Shopify payments vs. Paypal: What are the key differences?

Asian countries with the biggest growth in new Shopify sellers (2020)

Shopify hasn’t revealed the specific growth rate of each country yet. However, with 80% of Shopify owners using Shopify apps to support their business, analyzing number of users of popular Shopify apps might be a good alternative way to see this.

Note: excluding some countries with relatively lower numbers of new users in 2020.

Among these countries, Japan is one of the biggest surprises. Not a traditional market for Shopify, Japan was reported to be the country with biggest jump in transactions for the eCommerce platform during Black Friday-Cyber Monday this year.

Also interesting to note is 6 out of the top 10 countries here are in the Southeast Asian region.

Southeast Asia has long been regarded as a hotbed of eCommerce growth, projected to grow explosively, to exceed USD 100 billion by 2025, according to a study by Google and Temasek.

And it seems that the droves of eCommerce entrepreneurs in the region didn’t skip one beat to immediately get on the Shopify train.

What will the future bring for Shopify in Asia?

Researcher eMarketer reported back in 2019 that Asia-Pacific was the fastest growing region in retail eCommerce Sales.

More notably, six of the top 10 fastest-growing ecommerce countries in 2019 are from Asia, including China, Malaysia, Indonesia and South Korea, led by India and the Philippines at more than 30% growth.

Comparing this list with our above data table, you will immediately see that those six countries are all in the list of the top 15 fastest-growing countries for Shopify in Asia.

Obviously, Shopify is heading in the right direction, and as the growth of worldwide eCommerce continue to shift over to the east, so will Shopify’s userbase.

More importantly, according to a Nielsen’s research back in 2016, Asian consumers were the 2nd most likely worldwide to purchase cross-border.

An impressive 57.9% of Asian consumers reported to have purchased from overseas.

This means Shopify’s future in Asian eCommerce will not only lie in the growth of new users, but we can also expect to see a growth in the number of transactions from the region as well.

Where is data from?

Gempages and EcomSolid are two Shopify apps that allow Shopify sellers to quickly and effectively design and set up their own successful Shopify stores.

Sellers using the two apps are able to build high-converting stores without having to hire a developer or know how to develop a theme themselves.

EcomSolid is a next-gen Shopify theme with its own theme builder allowing the flexibility unseen in similar products. EcomSolid also comes with its own ever-growing library of addons and templates.

The advanced features allow EcomSolid and Gempages to attract a sizable number of Shopify sellers throughout 2020, and that is where the above table of data came from. 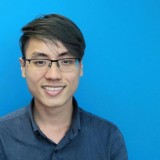 He has spent the last 3 years researching the ecommerce industry and helping merchants launching their online businesses. He is obsessed with data and lets it drives how he does ecommerce and content creation.

One reply on “Shopify in Asia: 14 countries with the highest growth”

[…] Commerce Asia’s Shopify in Asia report shows that in 2020, the number of new stores opened by Asian sellers on Shopify is 112% […]