Shopify is an excellent platform to build your e-commerce website with. We all love it but it might not be a good idea to show that our stores are made with Shopify. Yes, we are talking about the “Powered by Shopify” tagline in your site’s footer.

In this article, we’ve created a step-by-step guide to help you remove the “Powered by Shopify” link at the bottom of your Shopify store.

How to remove Powered by Shopify?

Thankfully it’s a simple process. Depending on your theme, technical knowledge, and preferences, the steps might differ a bit, but generally it is the same for all stores.

For this example, we will be using the “Debut” theme to show you how to remove “Powered by Shopify”. However, if you’re using other free themes, the steps should be fairly similar.

Watch the video below if you don’t have time to read:

Log in to your store admin. In your Shopify admin dashboard, head to Themes, find the theme that you want to edit. When you see a drop-down Actions, select Edit code

From here, open the folder for Sections which will contain the “footer.liquid” file. Then the coding opens up on the right-hand side.

Open the code search box. If you use Mac, press the Command and F at the same time. In case you’re a PC user, press the Ctrl and F. In this example, the Debut theme has three “powered_by_link” locations.

Depending on what theme you are using, there may be more than one instance of this bracketed code that you’ll have to delete. For instance, if you use non-sectioned themes, the code might be a little different but should include {{ powered_by_link }}.

Once you’ve removed the three pieces of code hit the Save in the upper right-hand corner. Congratulations! You’ve successfully deleted Powered by Shopify from your site.

⭐️ Notes: Please note that if you decide to change your Shopify theme, you will need to repeat the steps above. Because the changes you make only apply to the theme you have selected.

Learn more: How to Use Shopify Buy Buttons

If the first method doesn’t work for some reasons, then you can use the alternative method below. Instead of choosing Edit code, you can choose Edit languages (also recommended by Shopify themselves).

Much like before, you’ll want to head to Shopify Dashboard. On the left side of the sidebar, click on Online stores, then choose the icon labeled Themes. Now you will see the page that your active theme has portrayed. There will have a drop-down menu that includes an option called Edit languages. Click on it.

Step 2: Type “powered” in to the Filter box

You’ll see the faded Powered by Shopify placeholder text appear under sections such as Check out & systems / Links or General / Password Page. All you have to do is press space and the faded text will disappear. Do the same with the HTML search bar.

Scroll back up to the top right of the screen and click the Save button to save your changes. That’s it! You’ve successfully removed Powered by Shopify from both the check out page and the password page.

Method 3: Remove powered by Shopify with the mobile app

We all know that every store owners use laptops or PCs to customize their e-commerce site. However, with the emerging of mobile devices, some of us are constantly on-the-go with their phone. So lastly, we’ll explain how to take off the Powered by Shopify code using Android or iOS devices.

Follow these steps to remove Powered by Shopify badge:

You have successfully gotten rid the Powered by Shopify link from your website. Let us know in the comment if you have any difficulties when following this instruction. Good luck!

Can you remove Powered by Shopify?

The answer is Yes.

It is obviously your choice whether or not to do this, but there are a number of good reasons to remove the “Powered by Shopify” link:

From one study from Consumer Reports, the average customer paid more attention to the superficial aspects of a site than the actual content.

Let’s imagine! Before making a purchase, most prospective customers would want to make sure the store is trustworthy. So, first, they would check your business’s social media accounts.

Unfortunately, next to the social media links, they immediately take notice of the “Powered by Shopify” link.

This link informs your customers that:

Therefore, it is advisable that you get rid of the Powered by Shopify footer link as soon as possible.

What to put in the footer instead of Powered by Shopify?

Instead of “Powered by Shopify”, adding a trust badge from well-known brands like Visa, MasterCard, PayPal, money-back guarantees, your social media links, and contact information in the footer are likely to provide much greater levels of trust.

Take a look at how this is done effectively from a Shopify case study from Teepee Joy – one of the successful stores using our theme EcomSolid:

Once you apply our theme EcomSolid, the trust badge is automatically available for usage. All you need to do is drag, drop, and customize it to fit your website. The only limit is your imagination.

Shopify payments vs. Paypal: What are the key differences?

What does Powered by Shopify mean?

Shopify is a eCommerce platform that allows people to set up online stores and sell products with ease. Powered by Shopify is the default text placed in every store by Shopify to let people know that the store is using Shopify’s service.

How to remove Powered by Shopify in password page?

For this, you’d want to use the Edit Languages method. Head to Online Store > Themes > Actions > Edit Languages. Search for the term “powered”. The link you want to remove will be under General / Password Page. Remove the “This shop will be powered by {{ shopify }}” and click Save.

Read more to learn how else you can edit and customize the Shopify password page.

How to remove Powered by Shopify in Debut theme?

Most themes on the Shopify Theme Store like Debut have the same method to remove Powered by Shopify. Go to: Online Store > Themes > Actions > Edit code > Sections > footer.liquid then find the link and remove it.

Alternatively, you can use EcomSolid, which allows much faster and easier editing of the store’s footer.

How to remove Powered by Shopify in EcomSolid Theme?

Using a theme with a built-in page builder like EcomSolid, you will have complete control over your store’s design, including the footer.

In other words, you can remove the “Powered by Shopify” from the footer of your site by simply going to our Theme Editor, scrolling down to the footer, choosing the link you want to edit, and removing it. Additionally, you can also change the font, text color, add background color, custom code, etc. so much more easily with EcomSolid. 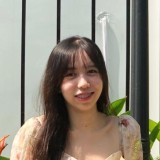 Kate Ta is a content writer and marketing specialist at EcomSolid. She helps the brand create awesome content that drives engagement, and loves reading books in her free time.

very clear and good article easy to understand. Thank you

This is a great post! I was wondering how to remove powered by Shopify from my website and this article has provided the answer. Thank you for sharing!

Thank you this helped a lot